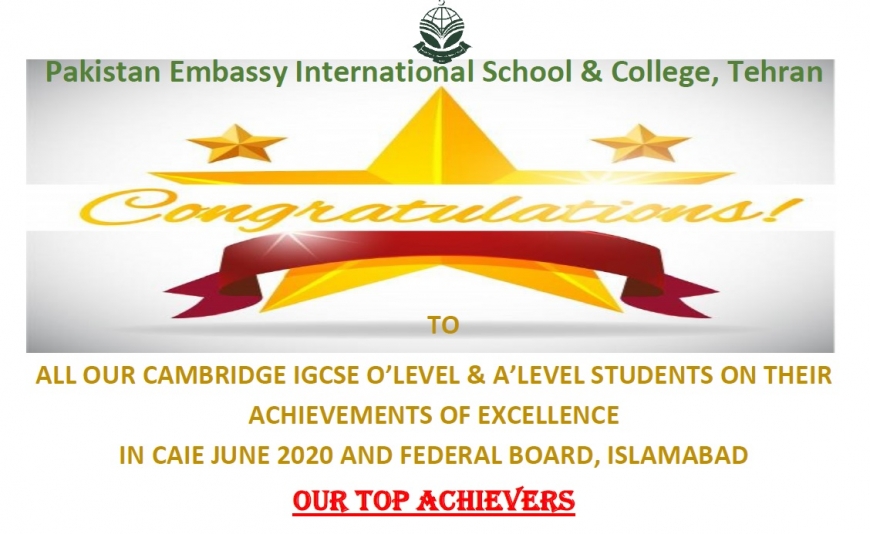 ALL OUR CAMBRIDGE IGCSE O'LEVEL AND A'LEVEL ACHIEVERS

EXCELLENCE IN CAIE JUNE 2020 AND FEDERAL BOARD, ISLAMABAD 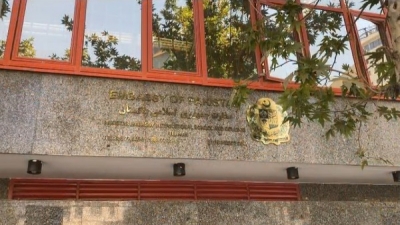 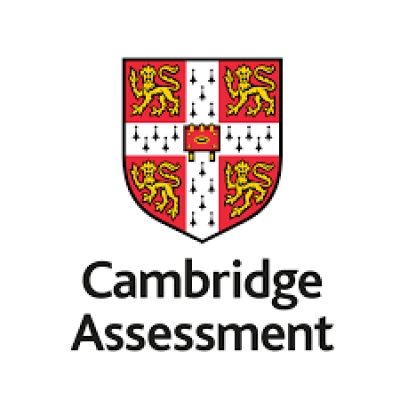 At A Level, 50% of students got A or A* which is a huge success and there is a substantial decrease in lower grades.

At IGCSE, 63 % of students have bagged A and A* grades. A new milestone achieved in the history of PEISCT. Their result is as follows:

Our heartiest felicitations to all our brilliant students, their parents and teachers on their superb performance. We wish them best of luck in their future endeavors, as well. 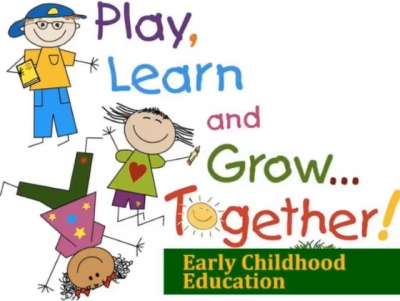 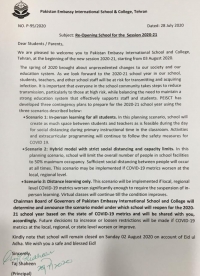 Dear all, plz be informed that reference to this circular and according to the current level of

COVID 19 metrics, "Scenario 3" plan will be implemented from August 3 till end of August

2020. Details of virtual classes/ distance learning will be shared with u after Eid Holidays.

Should u have any query, plz donot hesitate to contact us.

Messages of President and Prime Minister of Pakistan were also read out on the occasion.

Students from class KG to A' Level presented speeches, poems, songs and dialogue to highlight the history of Kashmir issue, inhumane attitude of Indian forces against innocent Kashmiris and skillfully described the worries, pain, hardships and suppression of Kashmiri men, women and children at the hands of Indian forces in the Indian occupied Kashmir in a heart- touching manner.

The students through their innocent ideas presented how India has converted a heaven on earth into a piece of hell for Kashmiris and showed their unity with Kashmiri children that they stand with them in their difficult time. The performance of students evoked strong emotional response from the participants.

Students also depicted Indian atrocities and human rights violations in Kashmir in their paintings which attracted great appreciation from the viewers.

Calling students as ambassadors of peace, Ambassador Ms Riffat Masood appreciated the performance and presentations of little angels which they presented from their hearts. She said that today is a sad day in the history of Kashmiris as India invaded it seven decades ago and innocent Kashmiris are humiliated at the hands of Indian forces and denied their just right of self determination. She paid rich tributes to the valiant Kashmiris who are struggling to achieve their just right of self-determination and said that we must not forget the sufferings of eight million Kashmiri women, men and children who are under inhumane Indian seige and denied their basic rights.

The Ambassador reiterated Pakistan's support with Kashmiris in their indigenius freedom struggle and stressed for resolution of Kashmir issue in accordance with the UN resolutions and to the aspirations of the Kashmiris.
In end, Ms. Taj Shaheen, Principal of Pakistan Embassy International School n College presented the vote of thanks to all the esteemed guests, students and parents for putting up such an impressive show.
It was followed by light refreshment for all . 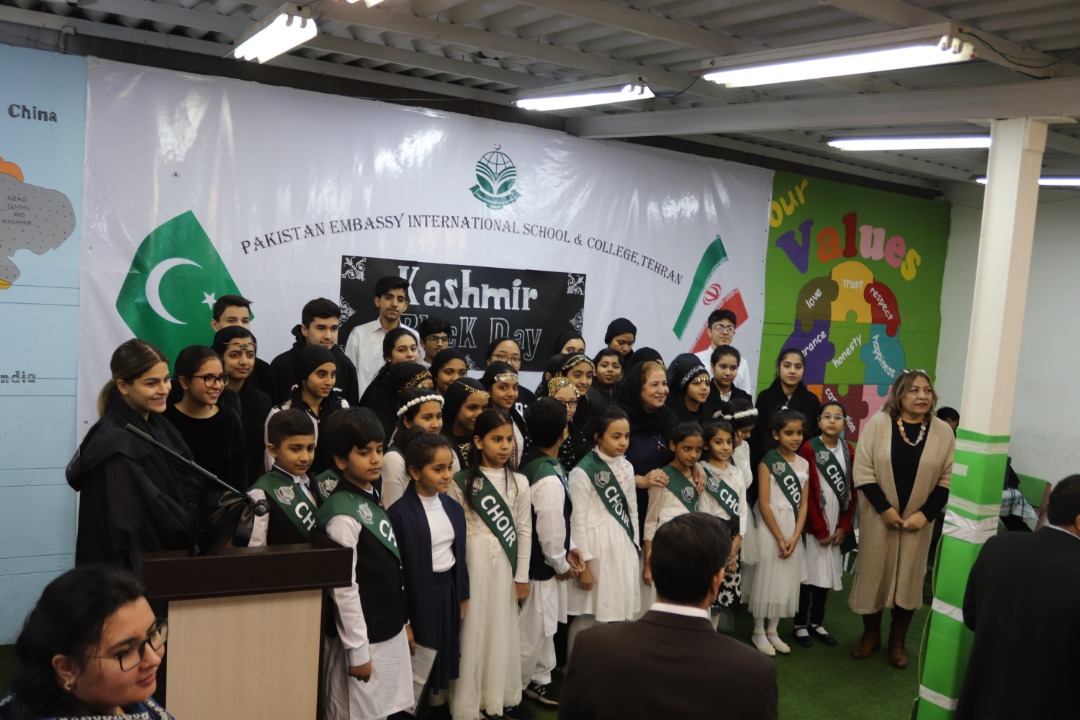 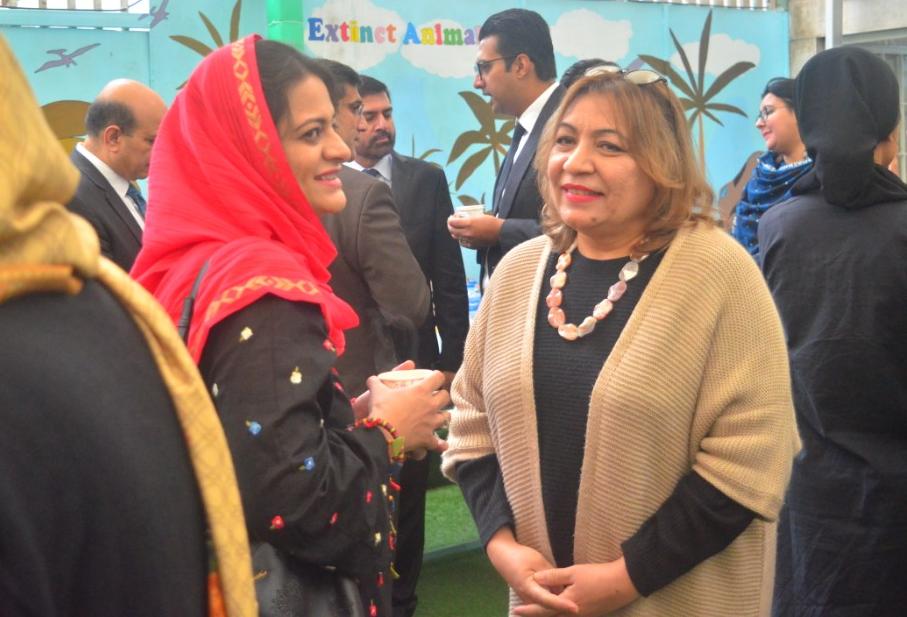 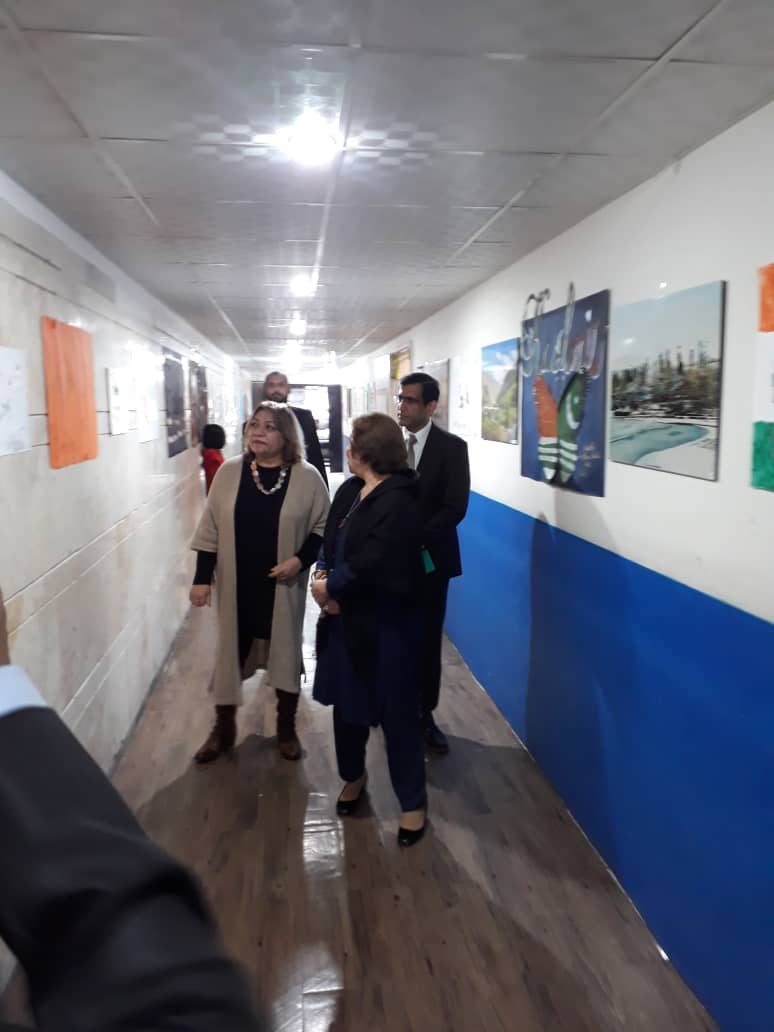 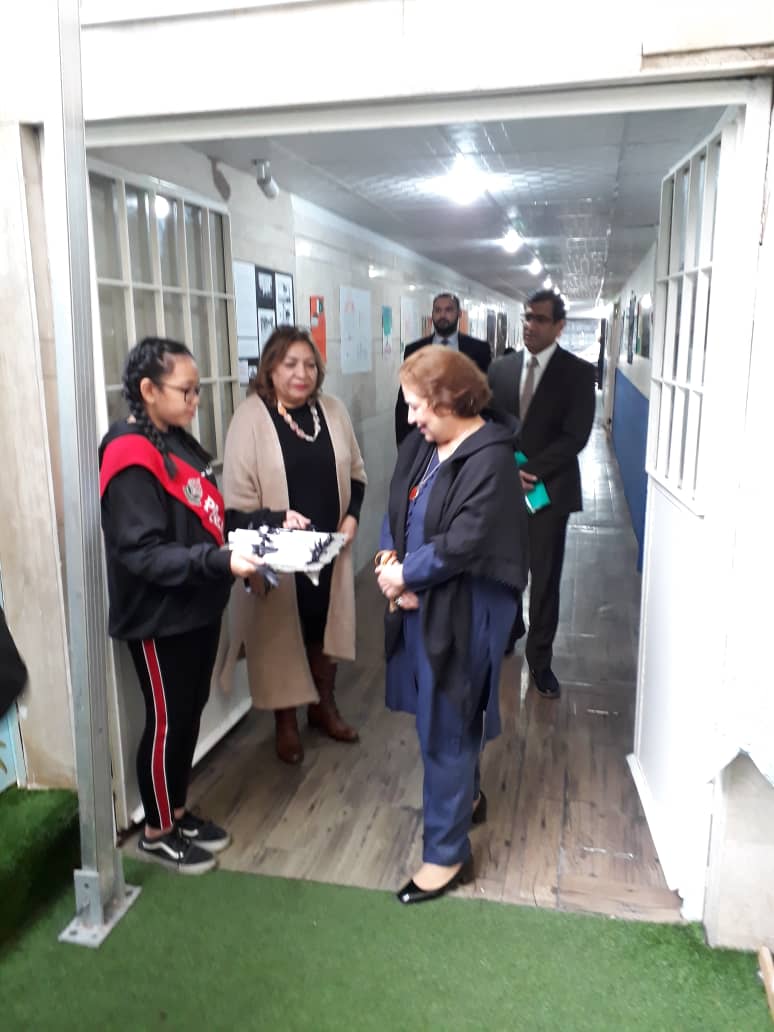 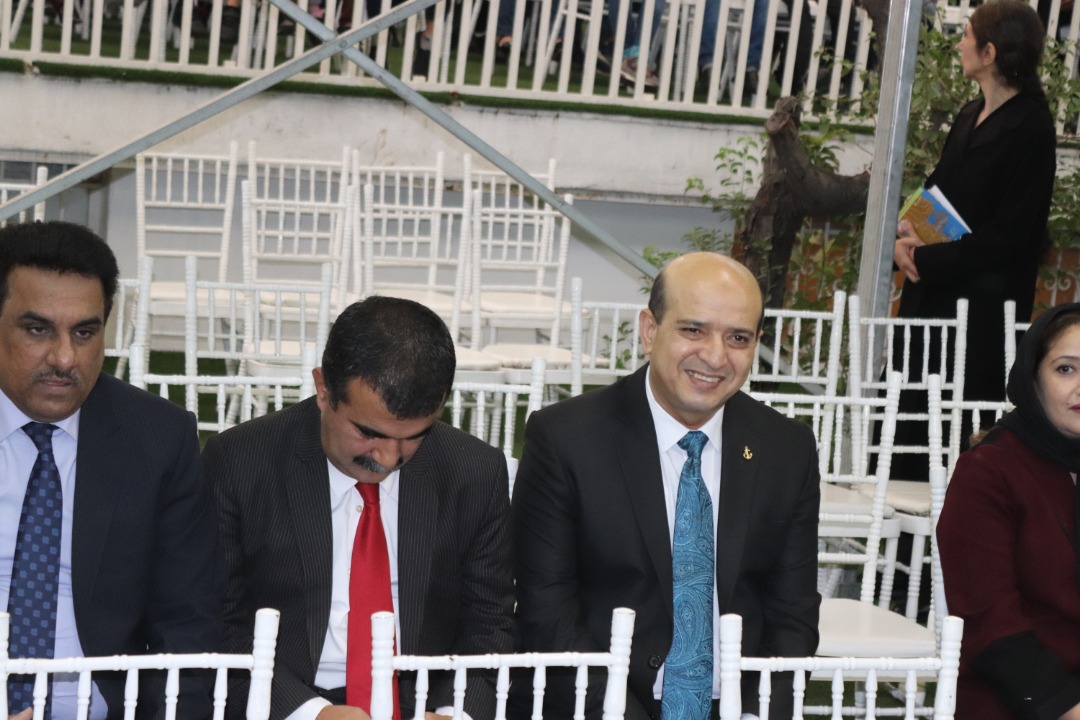 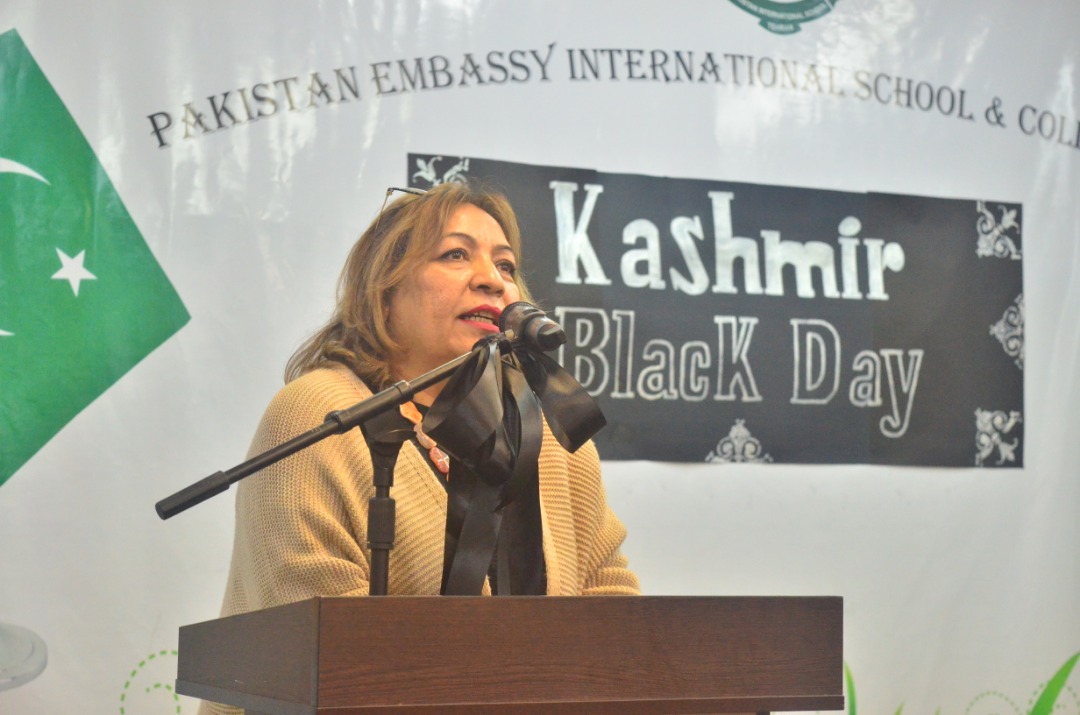 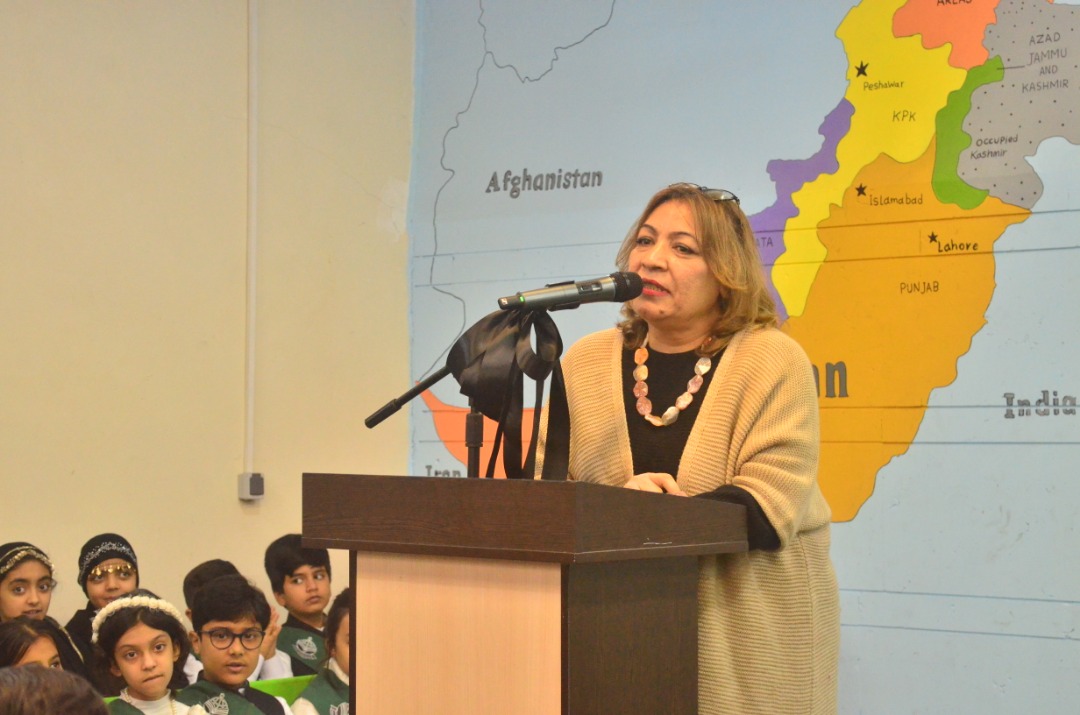 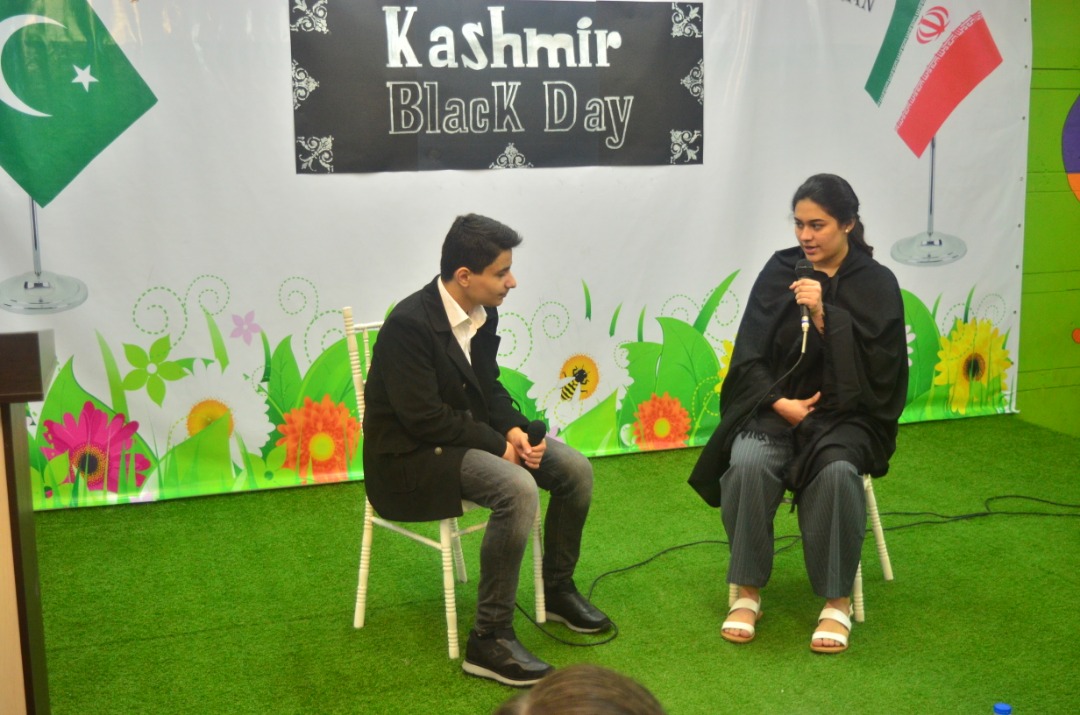 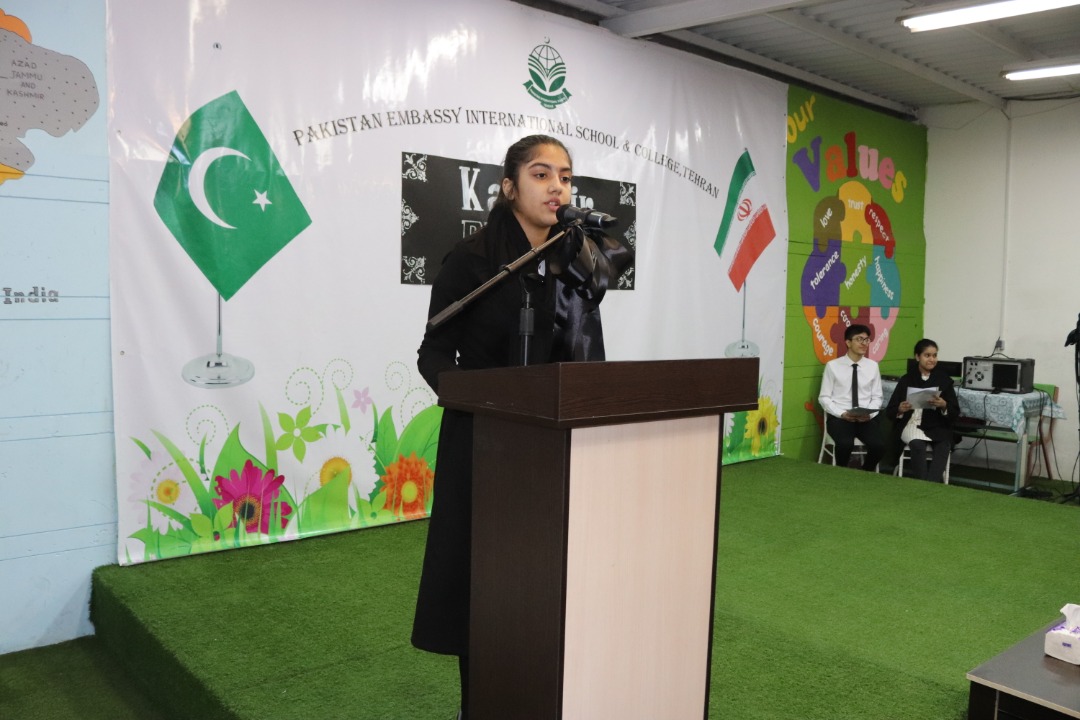 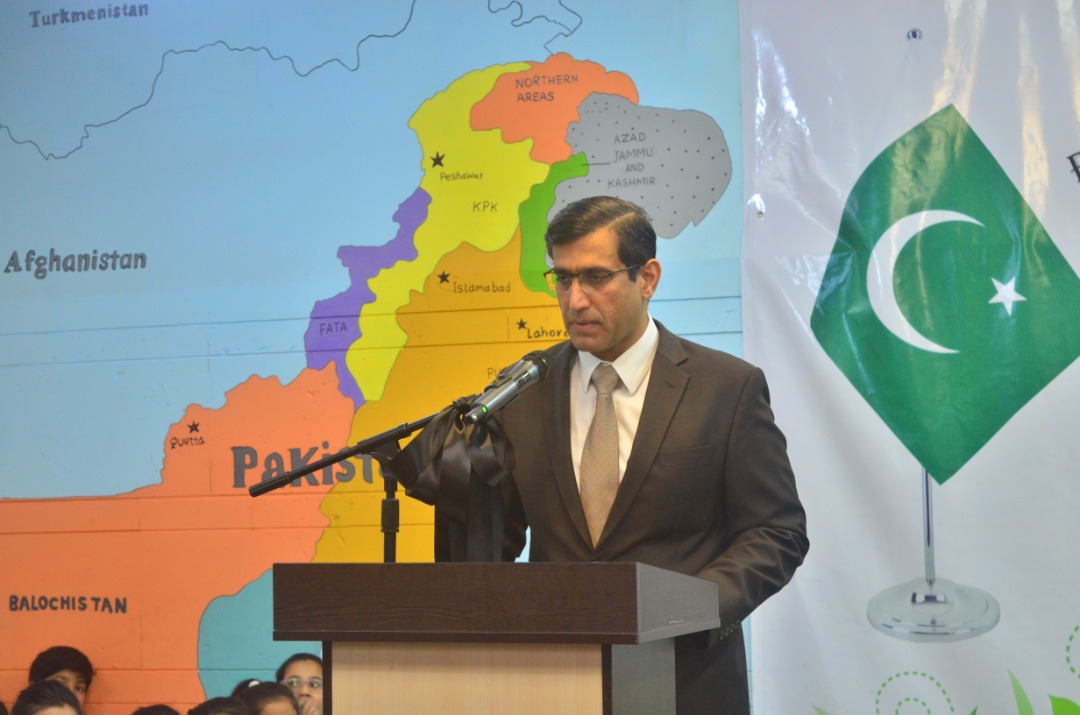 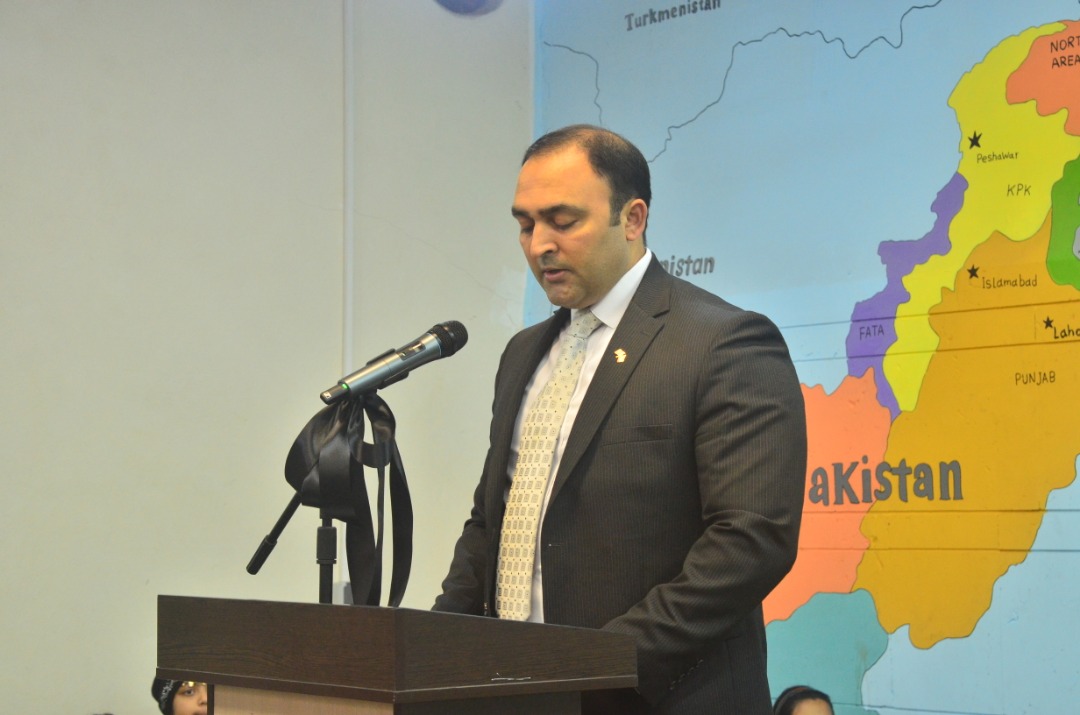 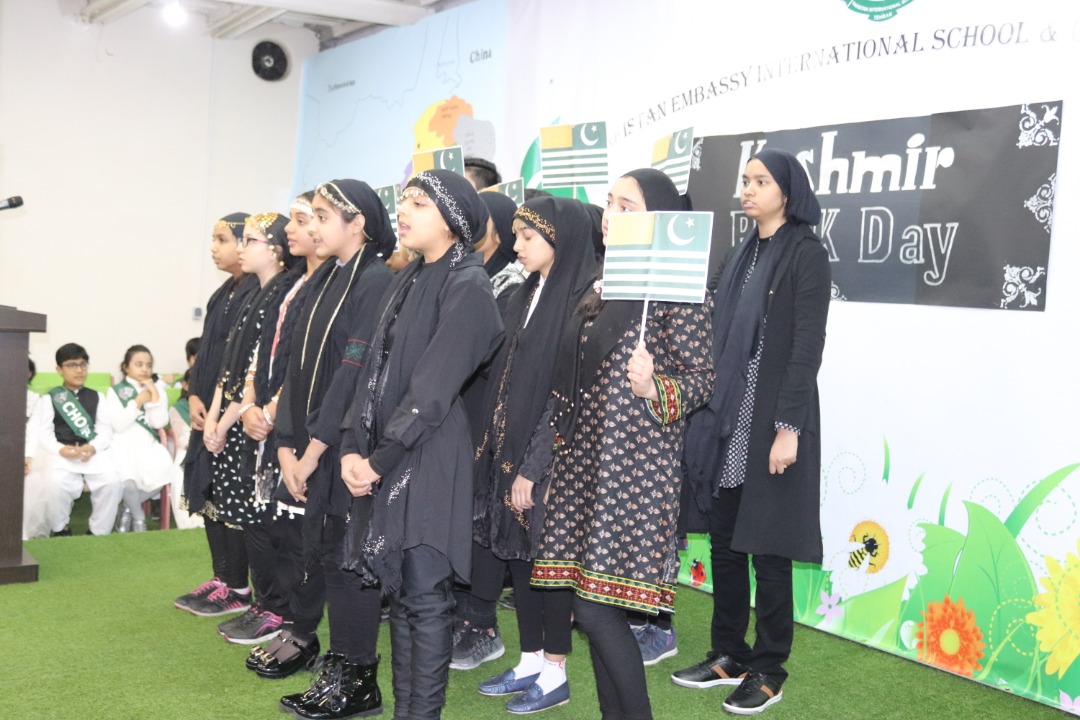 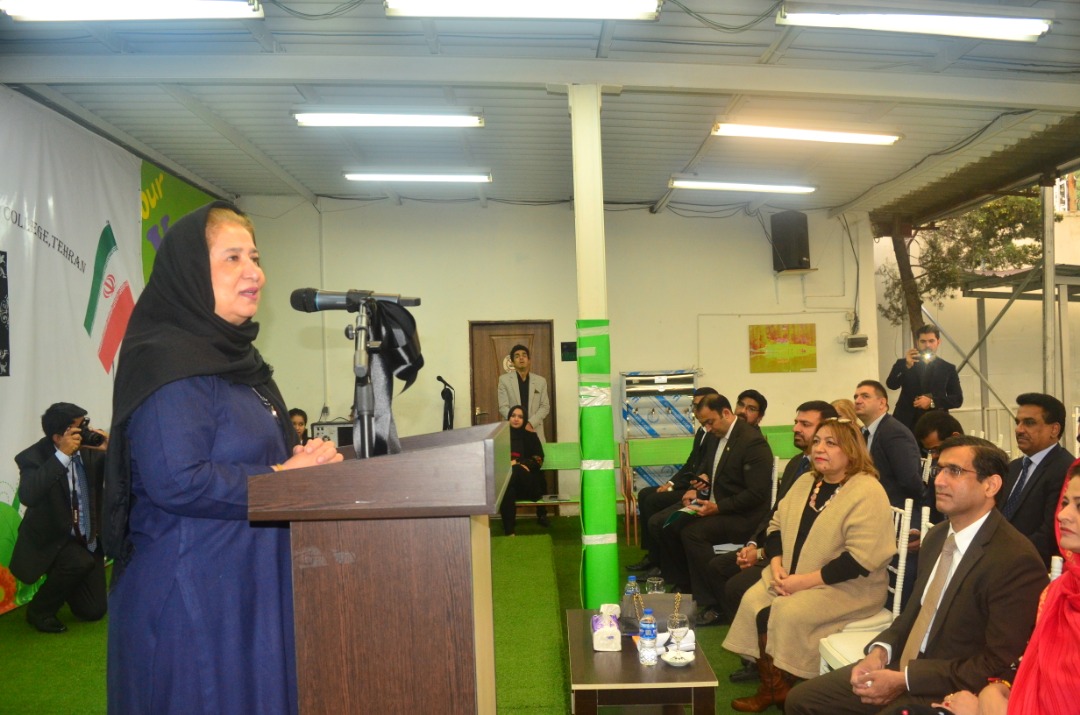 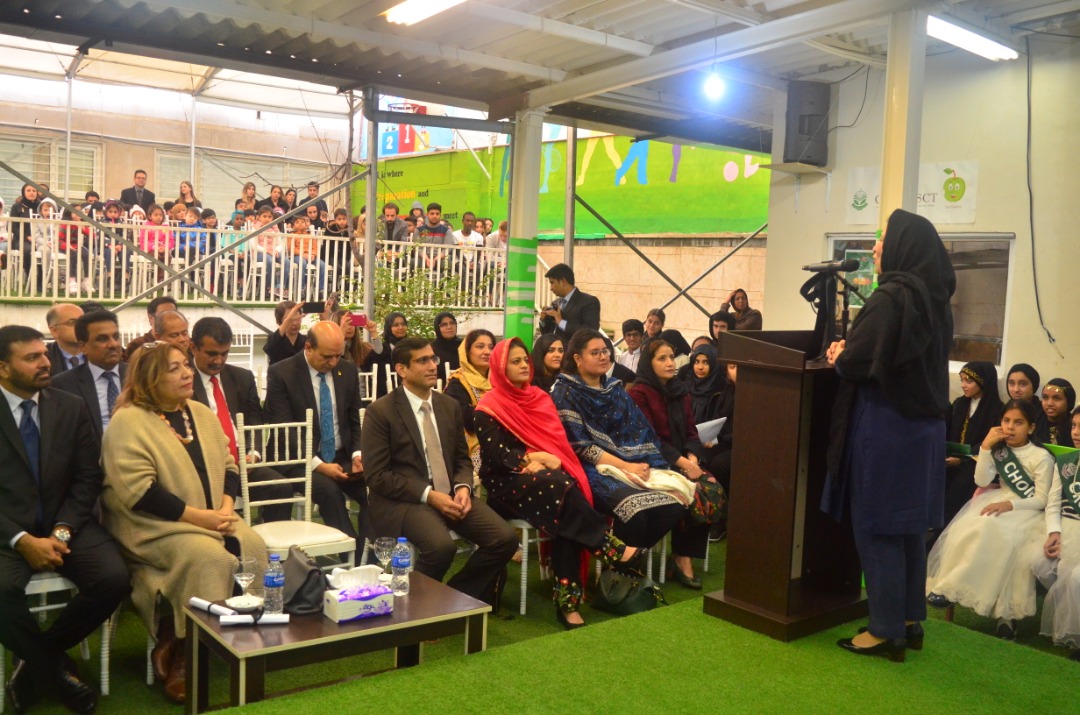 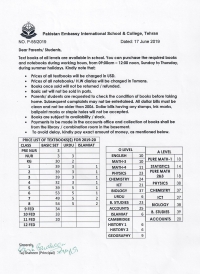 30 students from class 3 to 8 participated. 3 students of class 8 got selected for second round on the basis of excellent scores.Others got good marks but missed the chance to be selected for the second round with a narrow margin at this international level.

Heartiest congrats to them and their teacher Mr. Hassan Shiri
Taj Shaheen 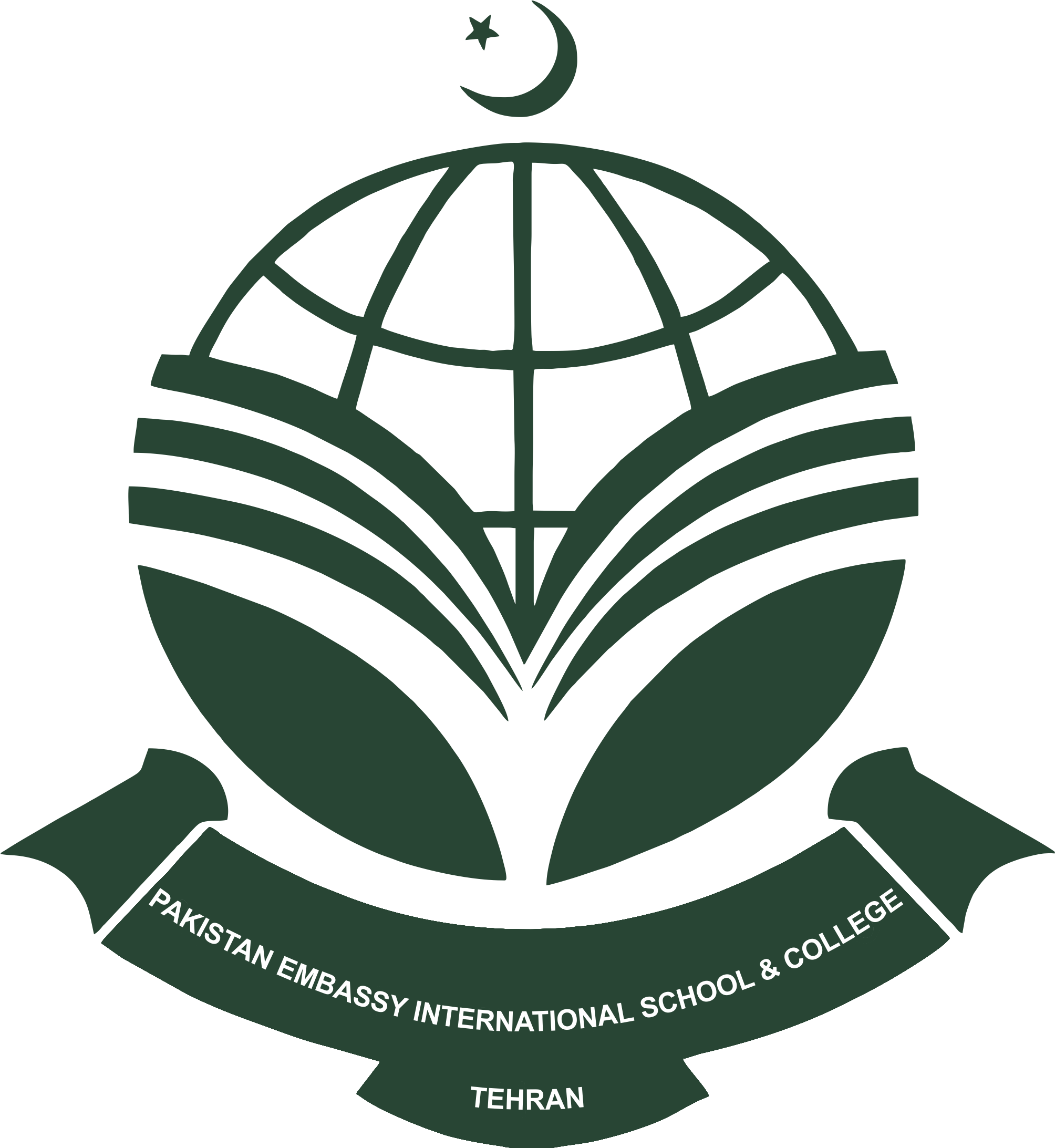 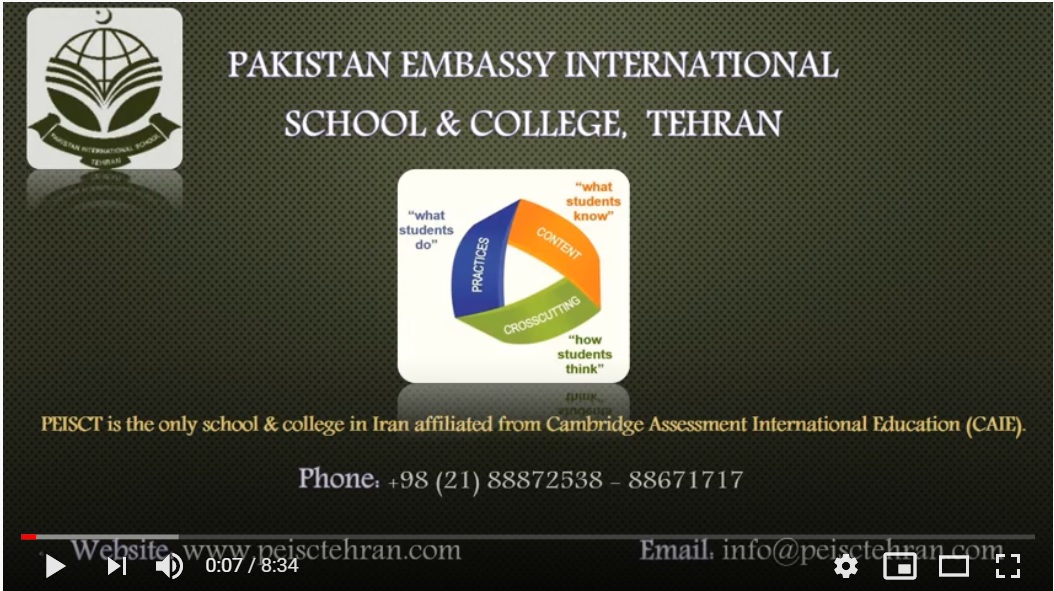